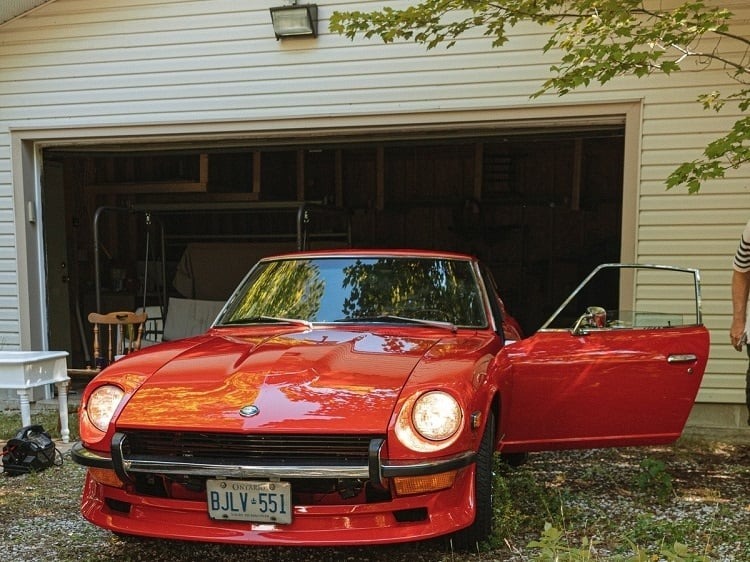 Since the early 90s, garage door openers have come equipped with sensors to protect you against injury. If these sensors detect that there is something in the garage door’s path, they will instruct your opener to raise the garage door back up so as to not put you in danger. After having a garage door opener installed, however, most homeowners don’t give these small yet important sensors a moment’s thought. Until something goes wrong that is.

If your garage door is not opening and/or closing properly, it’s very likely that the issue is being caused by one or more of these sensors. We’ve been called out for garage door repair in Loveland on more than a few occasions, only to arrive and find that there's nothing wrong with the door itself. It's just one of the sensors that was either broken or not set up correctly.

Below we’re going to draw on this experience to talk about the numerous different things that can go wrong with garage door opener sensors, and help you to spot which one might be the cause in your case.

Think of the list below as a checklist. Work your way down it, checking your sensors to see if it applies. If it does, you've found the problem. If it doesn't, move on to the next one.

1) There’s Something Blocking the Sensors’ Path

The garage is not usually the tidiest place in the average American’s home. It’s quite possible that an obstruction has accidentally found itself in the path of the garage door sensors, and this blockage is causing the sensors to signal to the opener that it’s not safe to move the door.

Have a quick scout around near the sensors and see if there's anything obvious that could be causing this blockage. If there is, you should see it quickly. If not, move on to the next thing.

2) The Sensors are No Longer Aligned

Garage door opener sensors are set up to face each other. They then detect if there is something present in the space between them. If there is, they know it’s not safe to lower the door. That’s all well and good, but in the garage, things get banged and knocked, and it’s possible this is what happened to your sensors without you realizing it. If they're no longer properly aligned, they could be falsely detecting that there's an obstruction in the garage doorway, and that's why the door won't move.

3) The Sensors Have No Power

Most garage door opener sensors come equipped with small led light – sometimes it's red, sometimes green – that indicates whether the sensor has power. Have a look to see if this is the case with your sensors. Remember, for the system to work correctly, both sensors need to have power. If only one does, this will render them both useless.

If one or both of the sensors is without power, there could be a simple explanation. It might just be that the power cable has accidentally been pulled out or that one of the fuses has blown. Remedy these issues and you should see the power light come back on. If you don’t there could be a more serious issue and the sensor may need replacing.

4) Are Your Sensors Dirty?

Being low to the ground and in an environment that sees its fair share of dirt and dust results in the surface of sensors for the garage door opener becoming dirty. And if you’re anything like most people, the garage is probably not a part of your house that sees the feather duster all that often.

And as they’re such a precise piece of kit that has to be set up just right to function correctly, having them covered in dirt just won’t do. In this state, they won't be able to detect whether the "coast is clear" and consequently they won't be able to send those all-important signals to the garage door opener. So take a few seconds to give both sensors a thorough clean and then reposition them and test.

5) What About Moisture – Are They Wet?

Wet, humid conditions are also not too uncommon in the garage, and it’s something else that can wreak havoc on these poor sensors.

Take a look at your sensors and see if they’re noticeably wet on the exterior. If they are, give them a thorough wipe with a dry cloth, then see if that makes a difference. If it doesn’t, you might want to unscrew the casing and check inside to see if the moisture has passed through to the interior of the sensors. If it has, this could have caused a malfunction and they may need replacing.

6) Wire Damage – The Worst of Them All

I’d be surprised if you haven’t found the cause of your problem by now. But if you haven’t, there is one last thing to check. It’s possible that one or more of the wires that lead to the sensors has been damaged. Maybe something has partially severed one of them by mistake, maybe mice have chewed through them…whatever the reason, if there’s damage there, it can cause serious issues.

We’ve got years of experience in diagnosing and resolving garage door repair issues in Loveland like these. If you’re having issues and can’t for the life of you figure out what’s going on, let us handle it instead. You can schedule garage door services by calling (970) 663-7335.